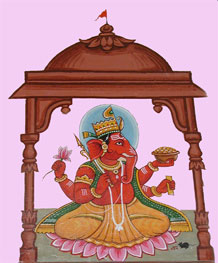 Vanamali Books, DVD's & CD's
Are Available In The U.S. At: 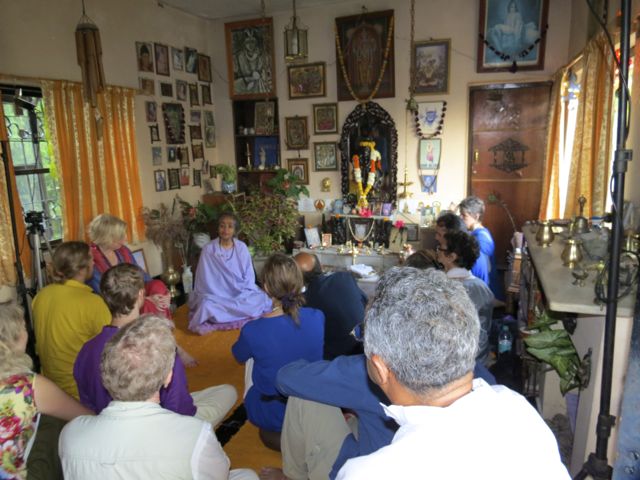 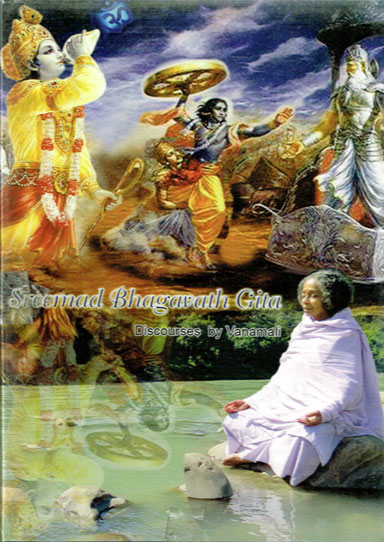 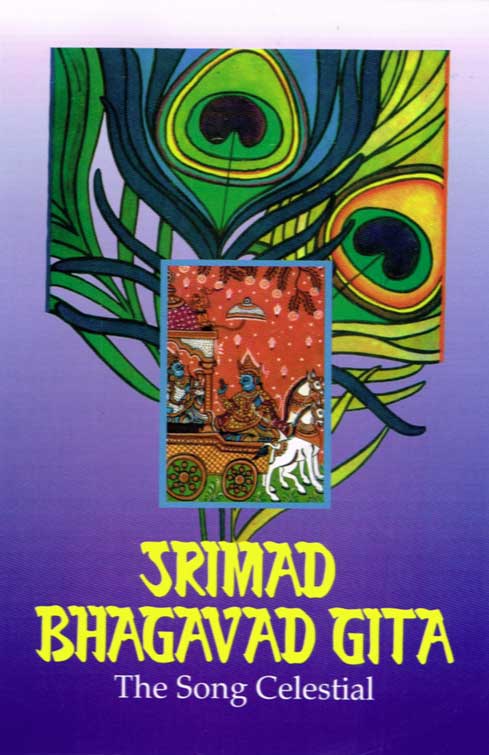 As a girl of 16, Vanamali Mataji was first introduced to the depth of The Sreemad Bhagavad Gita by the sage Swami Chinmayananda. Her life's work is to live these teachings. Her ashram, Vanamali Gita Yogasrama, overlooks the Ganga in Rishikesh, India. The Ashram follows and tries to propagate the ancient yogic way of life as taught by Lord Krishna to Arjuna in the Srimad Bhagavad Gita.
The Srimad Bhagavid Gita is a spiritual dialogue between Lord Krishna and Arjuna a dialogue of and on Dharma.  It comes in the middle portion of the great epic,  the Mahabharatha written by the sage Vyasa. Lord Krishna was the avatar or the incarnation of the Supreme Being into the form of a human being whereas Arjuna typifies the ordinary man, faced with one of the most difficult problems which anyone could conceive-  the killing of his own kinsman. The whole dialogue is placed in the middle of the battlefield of Kurukshetra amidst the din and clamor of a fratricidal war.  Arjuna's problem was a particular one related to his particular need.   Lord Krishna's answer is the whole of the Bhagavad Gita, and cuts at the root of the human problem -  which is ignorance. Ignorance of the nature of our own selves, ignorance of the nature of the Supreme Being and ignorance of the nature of the universe which we inhabit. This is the Srimad Bhagavad Gita. 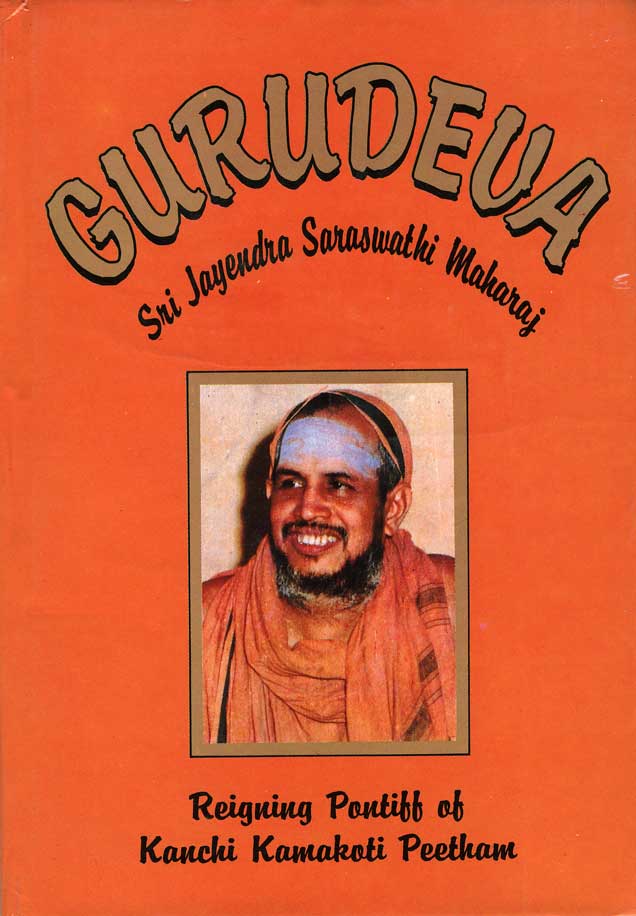 Currently out of print....available only from Kanchi Kamakoti Peetham According to Hindu tradition, the Guru is the ropeway to salvation.
When the time is ripe for the disciple's advance, the Guru will automatically appear.
The Lord Himself takes on form of the earthly Guru, in order to help the aspiring sadak.
The Guru is one who opens our eyes to our own reality. there is no one higher than the Guru.

This book is about the most beloved Gurudeva, His Holiness Sri Jayendra Saraswathi Maharaj,
the sixty-ninth pontiff of the Kanchi Kamakoti Peetham,
one of the most important of the five mutts established by
Shankara Bhagavadpada, or Adi Shankara as he is popularly known.

The book attempts to present a sketch of the remarkable life and teachings of Gurudeva
who has undertaken to spread the message of love, peace and unity  to all humanity.

We invite wholesale inquiries from bookstores, book dealers and book distributers throughout the world!